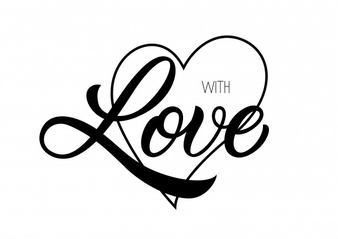 I remember watching Desperado for the first time, in a friend’s place. Instead of going for my GCE lesson, I decided to spend that afternoon watching movies – in particular, a movie I had been hearing about for over two years.

I remember the first violent sequence. Gist about a ‘mariachi’ carrying a guitar case full of guns was being spread all over town, to the point where any guitar-case-hauling hombre was as good as dead. Banderas, the titular Desperado, had walked into a bar owned by the man he was hunting. He was carrying a guitar case, so before he could blink, all sorts of guns were stuck in his face. Some guy opened the case, saw a guitar and everyone lowered their guns.

But then, the guitar itself started slowly opening, revealing – you guessed it – guns and grenades. The bar had descended into a bloodbath (spot the Tarantino cameo). I held my breath throughout that scene. The last movie I’d seen anything like that in was The Good, The Bad and The Ugly – and that one was nowhere near as bloody.

But that’s not my favorite scene. Nope.

Much later, Danny Trejo had stuck Banderas full of throwing knives and he was bleeding like a poorly-gutted chicken. Crawling back to Carolina’s (a smashing Salma Hayek) library (she’d saved his life earlier), she treats his wounds and gives him a new guitar, with the hopes that he will leave gun slinging behind.

As an aside, who owns a library in a town where no one reads?

Anyways – and this is the moment I’ve been setting up – the camera takes us to Carolina’s bedroom. Banderas says because of his smashed left hand (smashed in the first film, El Mariachi) he cannot play anymore, so she snuggles up to him and says, ‘Here, let me help you’ or words to that effect. He places her hand on the guitar, he starts to pluck – and then, she turns and kisses his neck.

Y’all can guess what happened after.

But here’s my point: after she made her move (kissed his neck), Banderas hesitates. In that moment, she looks at him. Man.

It’s been over twenty years since I watched that movie for the first time. I tell you tho, if a woman ever looks at me like that, I pray she’s mine o. I will probably lose my home training.

Look, I know it is just a movie. However, what is a movie? Indeed, if a movie cannot convince the viewer that what he/she is watching is as real as the air he/she is breathing in that moment, has the movie not failed?

In that moment, her eyes held everything a woman could say to a man without the traditional method of communication. In her eyes were everything that could be said between two adults sharing a moment without physical contact. In her eyes…

In her eyes, my teenage self was ‘lost’.

It’s been twenty years. I have laid in arms, and had people look at me like I’m the best thing since perfectly made small chops at a house party. I’ve learned sometimes, people say things they don’t mean and hurt people they care about. I’ve also learned the power of another human’s loving touch, loving words and thoughts. I know Desperado is just another movie – yet, I have come to understand that movies sometimes portray within moments what takes reality a long time to bring. And I’ll take the possibility of that over any other kind of reality.

I’m not too old to feel a familiar kick in the low of my stomach when I see a look like that.

This work is licensed under a Creative Commons Attribution-NoDerivs 3.0 Unported License.

A Picture Is NOT A Thousand Words

For Days and A Night